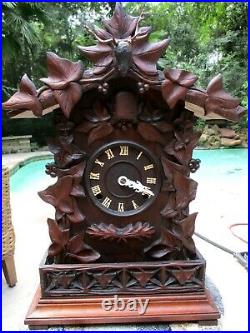 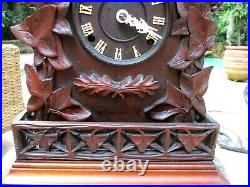 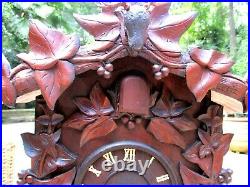 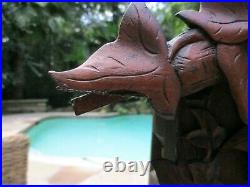 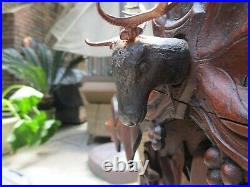 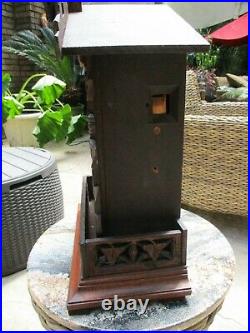 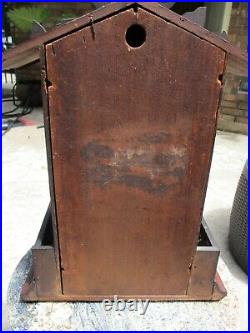 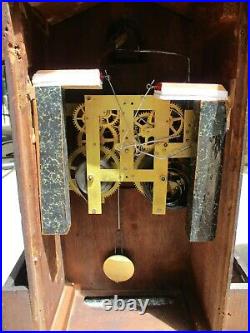 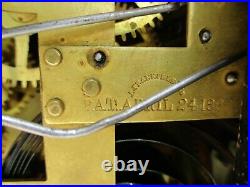 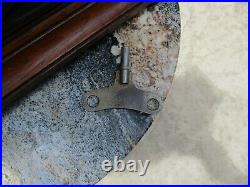 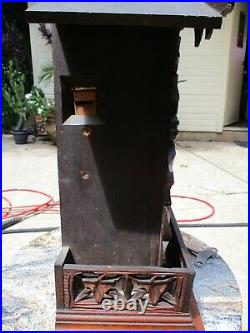 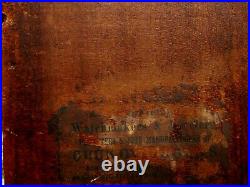 Rare antique American made mantle cuckoo clock. Case was made by the A. New York city, 8-day movement was made by Waterbury Clock Co. In 1866 into the 1870s. The Frankfield patent was granted in 1866 and Waterbury Clock Co was given the order for producing the modified open spring movement, with an extra lever to handle the 2 bellows. These were actually the first American made cuckoos, both cases and movements made in the US. The bonus is the week duration, as most German shelf cuckoos run only a day or 2. The movement is signed A. Frankfield with the patent date of April 24, 1866. The dimensions of the case are: 20 1/2″ height c 12 1/2″ wide x 7 depth. Clock case has crack running along top and a portion of two leafs are missing, all seen in photos. Clock runs great but cuckoo side does not work (broken spring) also hands and antlers are not original to the clock. The item “Antique Rare A. Frankfield Mantle Cuckoo Clock 1866″ is in sale since Wednesday, July 8, 2020. This item is in the category “Collectibles\Clocks\Antique (Pre-1930)\Shelf, Mantel”. The seller is “findawg!” and is located in Spring, Texas. This item can be shipped to United States.